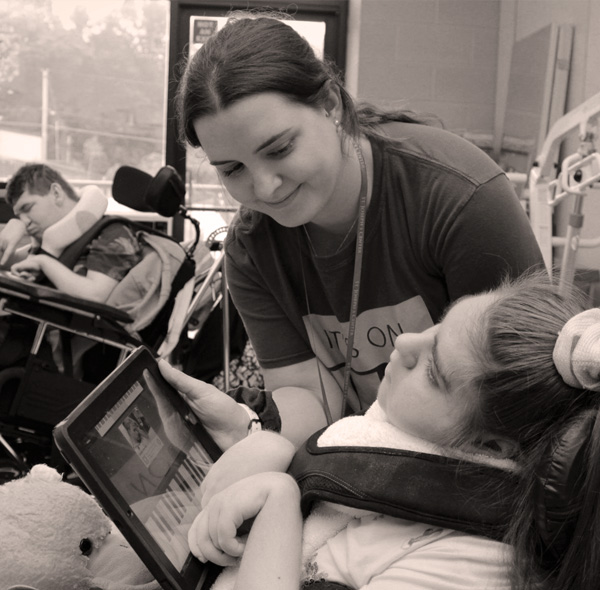 The concept of a living wage has emerged as a topic of conversation recently – both locally and nationally – and it is a challenge that organizations like Saint Joseph’s Center (SJC) in Scranton, Pennsylvania are committed to meeting head on.

SJC employs more than 400 Direct Support Professionals (DSPs) who are responsible for the physical, social and mental care of its residents. SJC has spent years working to boost employee satisfaction and reduce turnover. In 2015, SJC implemented a first wave of wage increases, boosting the DSP starting hourly rate by $1.00. In 2017, SJC completed a second wage, followed by a third in 2018.

From exit survey data, SJC learned that, along with an increase in wages, employees wanted the opportunity to advance their careers and learn new skills. During 2018, SJC developed and implemented a DSP Career Ladder and credentialing program, providing DSPs the opportunity to take on increased responsibility; participate in employee development opportunities; and pursue national credentialing. SJC also introduced a Licensed Practical Nurse (LPN) scholarship program to financially assist DSPs interested in enrolling in an LPN program. Additionally, employee recognition programs were introduced to acknowledge employees’ accomplishments and their commitment to those they serve.

The organization sought to increase wages for DSPs even more, which Sr. Maryalice Jacquinot, IHM, President and CEO of SJC, calls “the fight for 15” (i.e., the fight to achieve $15 dollars per hour for DSPs). With the help of Moses Taylor Foundation, SJC received a two-year grant totaling of $500,000 to make a $15 per hour wage a reality. In June 2019, SJC announced that beginning with the July 1, 2019 pay period, most DSPs would receive a wage increase and new hires with experience would also start at $15 per hour.

When asked how the wage increase has positively affected workers, Sr. Maryalice Jacquinot said that employees “feel their work is recognized for the difference it makes in other people’s lives. [A wage increase] takes the pressure off of people, and they know their work is respected, and they’re going to be compensated fairly.”

Sr. Maryalice Jacquinot believes that the wage increase was a big step forward for the organization. There has been a flurry of new hiring, and the organization has placed special emphasis on recruitment and employee retention.

“Teamwork made this possible. I think people appreciate that we are investing in our workforce. From the broadest standpoint, our work reminds people that all life is sacred, and all people deserve respect.”

Moses Taylor Foundation continues to follow mitigation efforts set forth by the PA Department of Health, including guidance around teleworking. Foundation staff will continue to work remotely and be available via email, phone and teleconference.